We compare the market for you to get you quality cars at fantastic prices in Birmingham England. Prices are all inclusive with a no excess option. Choose your and from one of the leading car rental companies in England, Hertz, Avis, Sixt, Europcar, Budget, Thrifty, and many more. Pick up locations at Birmingham airport and Birmingham city centre. Latest models and low mileage vehicles competitive car rental rates. 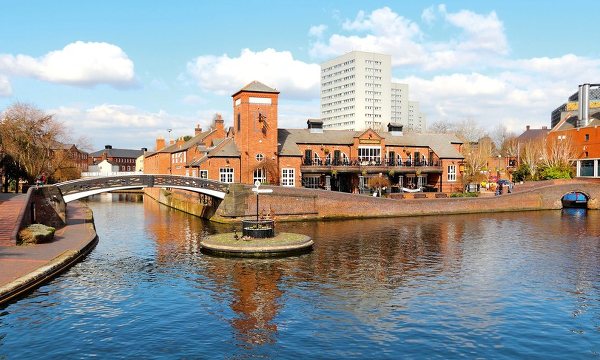 Which is the best car hire company at Birmingham Airport BHX?

Based on feedback from over 10,000 customers who hired a car at at Birmingham Airport, Hertz Car Hire had the best customer satisfaction rating with a score of 8.2 out of 10.

Can I rent a car at Birmingham Airport England if I am over 70?

Yes, you can hire a car in Birmingham from selected car rental companies up to 99 years of age with no extra charges. Contact us we will be glad to assist you by comparing the leading car hire companies to get you the best deal.

Can I rent a car at Birmingham Airport if I am under 25?

Can I take a rental car from Birmingham to visit a different Country?

Yes some car hire companies will allow you to take a rental car cross border, but you will need to get permission first. There will be additional fees to cross an International border. Rental cars may be taken outside the UK to the following countries only: Andorra, Austria, Belgium, Bulgaria, Channel Islands, Czech Republic, Denmark, Finland, France, Germany, Gibraltar, Hungary, Italy, Liechtenstein, Luxembourg, Monaco, Netherlands, Norway, Poland, Portugal, Republic of Ireland, Romania, San Marino, Slovakia, Slovenia, Spain, Sweden and Switzerland.

Can I take a rental car from London and drop it off in a different city?

Yes some car hire companies will allow one way rentals to a different city. For example you can pick up a car Birmingham Airport and drop it off in London, a one way rental is a rental which starts at one location and terminates at another. Availability is subject to location restrictions and vehicle type. A fee may apply for this service and will be advised at time of reservation.

How long do I need to hold a licence in order to rent a car at Birmingham Airport?

Which documents do I need to hire a car at Birmingham Airport?

What is the fuel policy for a hire car at Birmingham Airport?

Take this opportunity to get the best car rental deals in Birmingham... CHEAPER.

When Queen Victoria was travelling across her kingdom by rail, she ordered the window blinds to be pulled down as the royal train rolled through the city, home to the industrial revolution landmarks.

Britain's second-largest city has it all. A state-of-the-art library, a riveting shopping centre atop the New St Station and stunningly restored Victorian buildings are just some of the attractions the city offers. There are also numerous parks, public spaces, and extravagant commercial and residential buildings.

In spite of being a partially pedestrianized city, commuting in a car makes it easier. Our exclusive hire car services in Birmingham are at your doorstep. Our company is one of the largest and most experienced car firm in the United Kingdom. Our well-qualified drivers are happy to serve you. The fleet is metered and GPS tracked.

Along with exceptional museums and galleries you'll find an increasing number of fine dining restaurants, cocktail bars, and waterside bars alongside picturesque canals and cruises.

How would you like to experience the world through interactive exhibits and science adventures? At McWane Science Center in Birmingham, you find it all from dinosaurs to light and laser. The exhibits feature motion, light, energy and sound.

If you are in a little mood for hiking or bird watching, pay a visit to the Ruffner Mountain Nature Center. It offers opportunities for outdoor enthusiasts to explore and learn. It is also home to snakes, turtles, salamanders, raptors, frogs and mammals.

While you are at Birmingham, do not miss a chance to visit the city’s historic churches with their medieval architecture and stained glass windows.

Some of the popular churches are St Martin in the Bull Ring, St Edburgha’s at Yardley, St Giles’s at Sheldon and St Laurence’s in Northfield.

Uncover a world a chocolate delights with the Cadbury World experience. It is a major visitor attraction created and run by Cabdury. Sink down in your motion seat while a host of Cadbury characters carry you away on a 4D cinema experience.

If fish and marine animals is your thing, visit the National Sea Life Centre. It is an aquarium which holds a display of over 60 types of freshwater and marine life. There are blacktip reef sharks, tropical reef fish and giant green sea turtles in the one-million-litre water tank.

Birmingham is the only city in the United Kingdom that houses a Pen Museum. The museum has been dedicated in recognition of the legacy of Birmingham steel pen trade. There are illustrations on the pen making industry and how Birmingham emerged as the centre of the world pen trade.

Being centrally located, Birmingham has emerged as a major transport hub. The drive from A38 (M) Aston Expressway to the junction 6 of the M6 motorway is an exhilarating experience. The junction is popularly called as the Spaghetti Junction, often regarded as one of the best traveling routes in Birmingham.

Unlike London and Manchester, the city does not have a single orbital motorway but three motorways forming a box that surrounds the city.

The Manor Hotel, Main Road, CV7 7NH Coventry This charming Coventry hotel has a 2 AA Rosette-awarded restaurant, and access to the M6, M42, and Birmingham NEC. It offers 4-star accommodation 15 minutes’ drive from Coventry Rail Station. The Manor Hotel is set within an elegant Georgian building originally built in 1745. Each room is air conditioned, with a TV and facilities for making tea and coffee. Wi-Fi is free in public areas. Guests can dine in Houstons Bar & Grill, a modern restaurant with an innovative menu. The Regency Bar and Restaurant offers award-winning cuisine in elegant surroundings. The hotel is an excellent business venue with free parking and 6 conference suites. Birmingham International Airport is 10 minutes away by car. The Manor Hotel is within easy reach of the National Motorcycle Museum (reduced entrance fee for hotel guests). Warwick and Stratford-Upon-Avon can both be reached in under 35 minutes’ drive.

Holiday Inn Express Birmingham NEC, Bickenhill Parkway, B40 1QA Bickenhill This Holiday Inn Express offers spacious, well-equipped rooms in the grounds of the National Exhibition Centre. Birmingham International Airport and Rail Station are a 5-minute drive away. The nearby M42 motorway gives guests at the Express by Holiday Inn Birmingham NEC easy access to the area’s motorways, the M6, M5, and M40. The hotel offers a limited free shuttle bus to Birmingham International Train Station between 7:30–10:30 and 16:00– 20:00.

Arc Apartments By Stay Birmingham, Arcadian Centre, Hurst Street, B5 4TD Birmingham These generously proportioned, luxury apartments with 24-hour service are located within the Arcadian Centre and offer cost-effective accommodation in Birmingham. At least twice the size of typical hotel rooms, the apartments are fully furnished to a high standard and feature free Wi-Fi internet access throughout. Enjoy LCD TVs and DVD players, and a stylish, contemporary décor.

City Nites, Arena View, Edward Street, B1 2RX Birmingham These stylish modern apartments are in Birmingham city centre, 150 metres from the National Indoor Arena (NIA). These large apartments feature free Wi-Fi and a fully equipped kitchen. These City Nites apartments feature an open-plan lounge area with large wall-to-ceiling windows, some have balconies. They include contemporary furniture, a TV, DVD player and free Wi-Fi. City Nites are close to the shops, pubs and restaurants of Birmingham centre. Broad Street, Brindleyplace and the National Sea Life Centre are a short walk away. The Bull Ring shopping centre is 1 mile from City Nites.

Rent a car using a Debit Card. After doing a search, the available cars will be displayed, please click on the filter at the bottom of left side column to display the companies that will allow Car Hire Birmingham Airport with Debit Card.